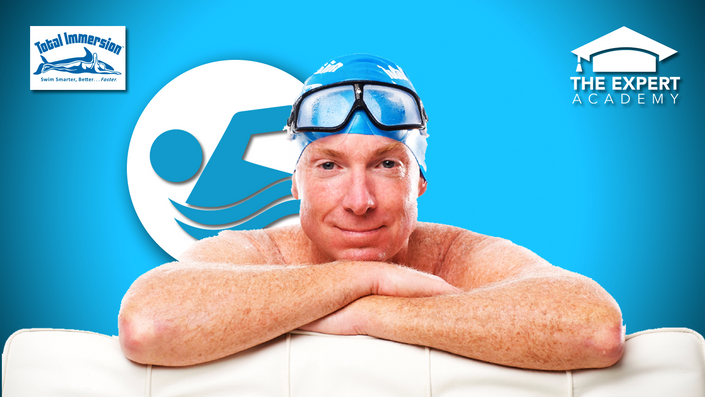 
Do you want to swim better, whilst learning at your own pace?

Do you want to swim faster and further using less energy?

Do you want to feel more confident every time you get in the pool?

This Official Total Immersion Online Introductory Course gives a free introduction to the 5 stage Total Immersion technique which can turn you into the swimmer you've always wanted to be.

The Total Immersion method is a foolproof approach to learning swimming that brings results faster than conventional teaching, helping any level of swimmer or triathlete to master a fluent, efficient and fast stroke technique.
This completely free online course gives a taster of the full Official Total Immersion course, and all you need to sign up is an email address. No credit card or payment required. 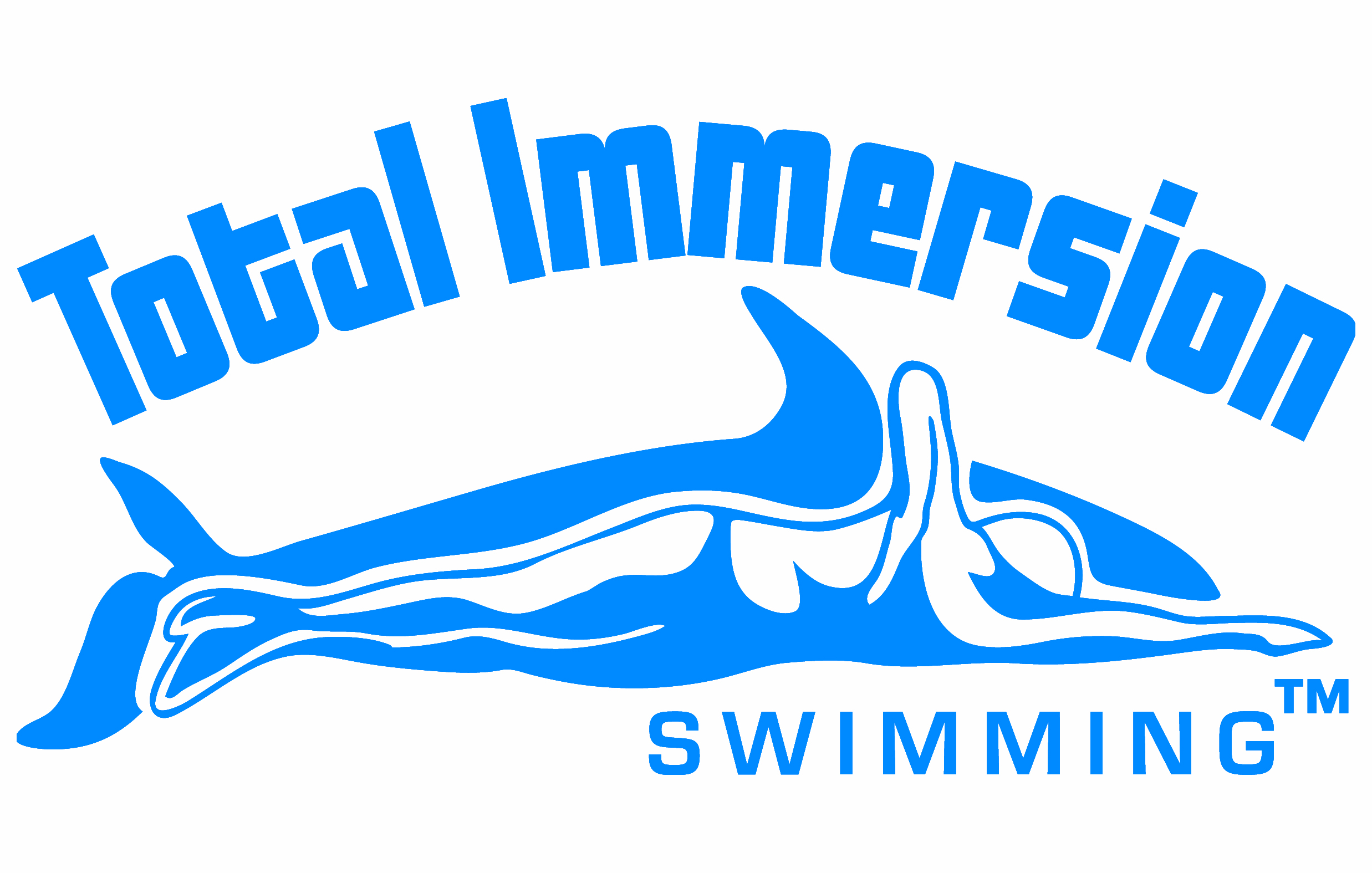 Although swimming is an essential life skill, traditional teaching and coaching methods have made it difficult to master because they teach an awkward, exhausting style of swimming. Total Immersion helps any student master an efficient and beautiful technique.

This Total Immersion Ultra-Efficient Freestyle Complete Self-Coaching Course will teach you to swim a dramatically more efficient freestyle—and transform you into your own most effective swim instructor and coach.

This is a free taster course to allow you to try the first stage of the course, as well as introduce the 4 other stages which are part of the complete course. These stages are:

In the full course you will learn . . . the proven advantages of: 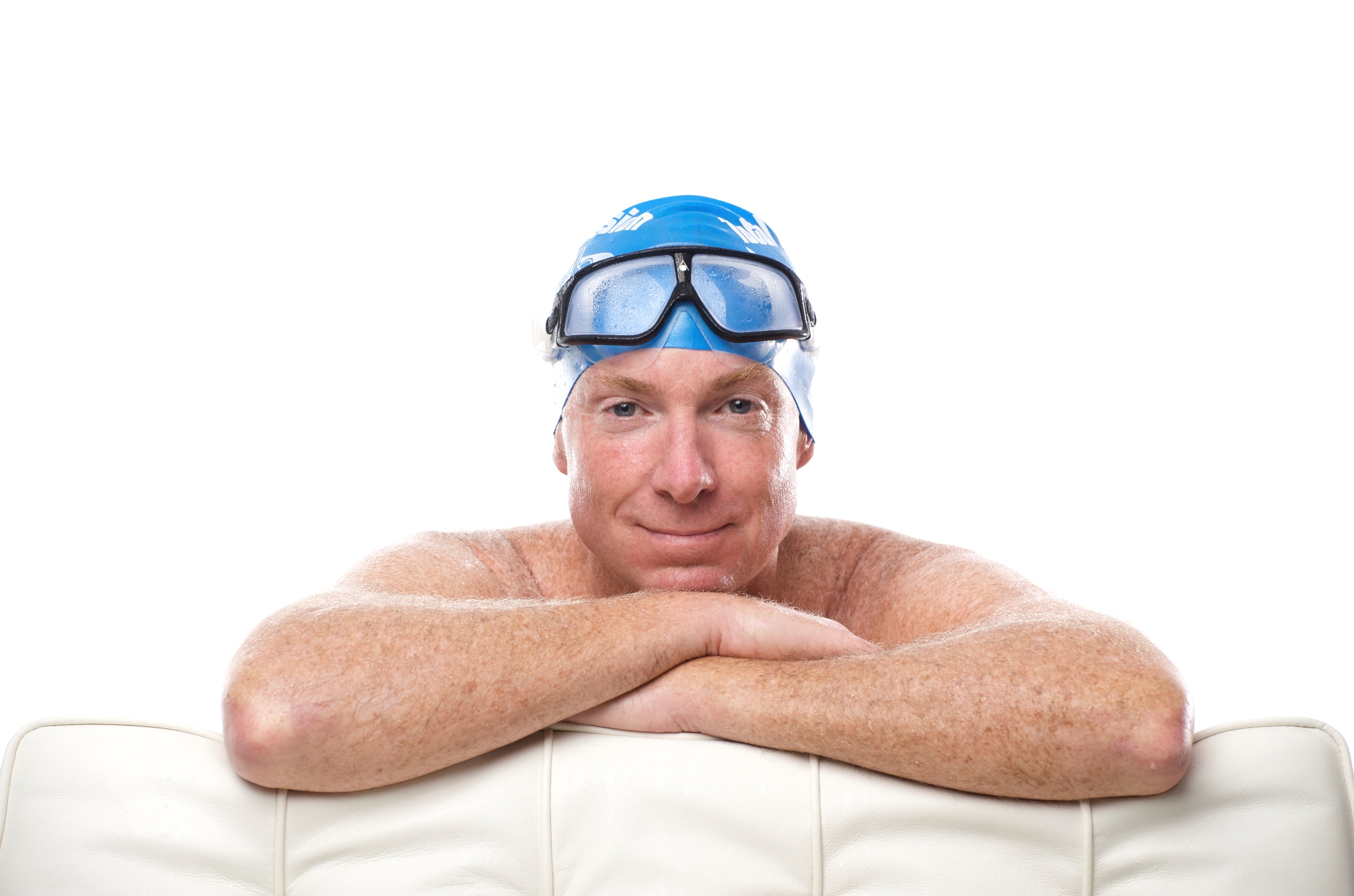 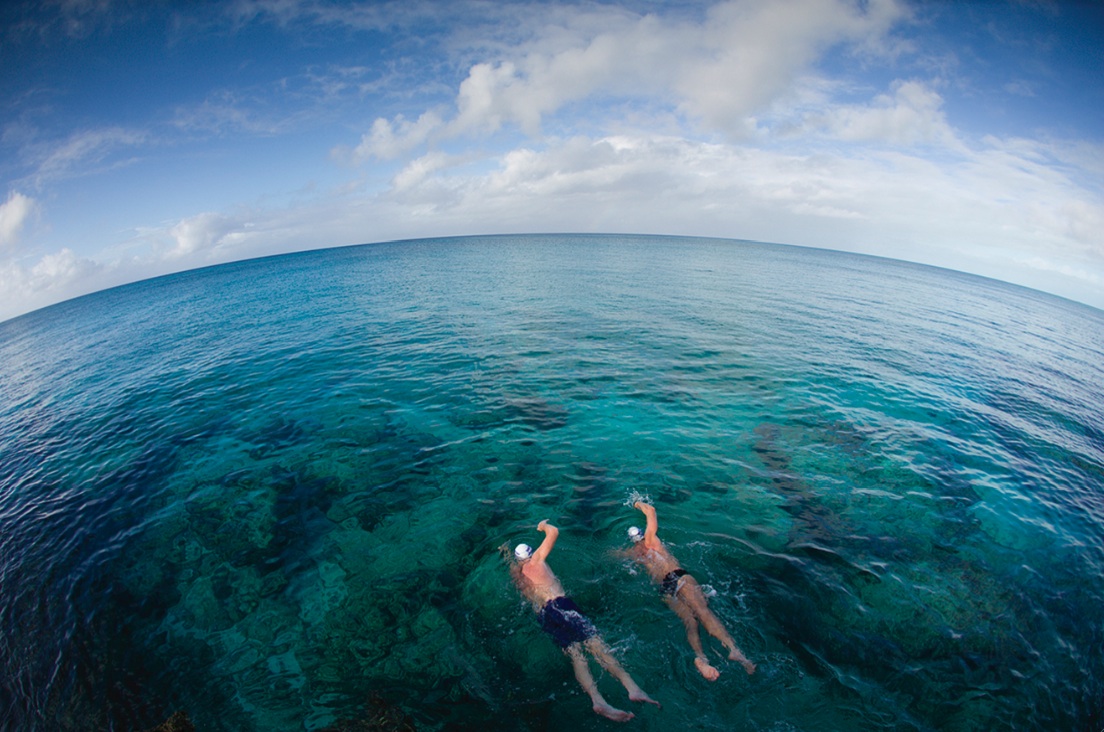 Why take this course? You will not only become a strikingly more comfortable, confident, and skilled swimmer. You will also become a passionately-curious student of swimming.

Don't just listen to us....this is what Tim Ferriss thinks about the Total Immersion technique:

I encourage all of you — whether you want to overcome your fears or win the Ironman — to give TI training a test drive. It’s the first instruction that’s made sense to me and is 100% responsible for the fastest transformative experience I’ve ever had in the world of sports. Just incredible.
Full blog here: https://tinyurl.com/timswims 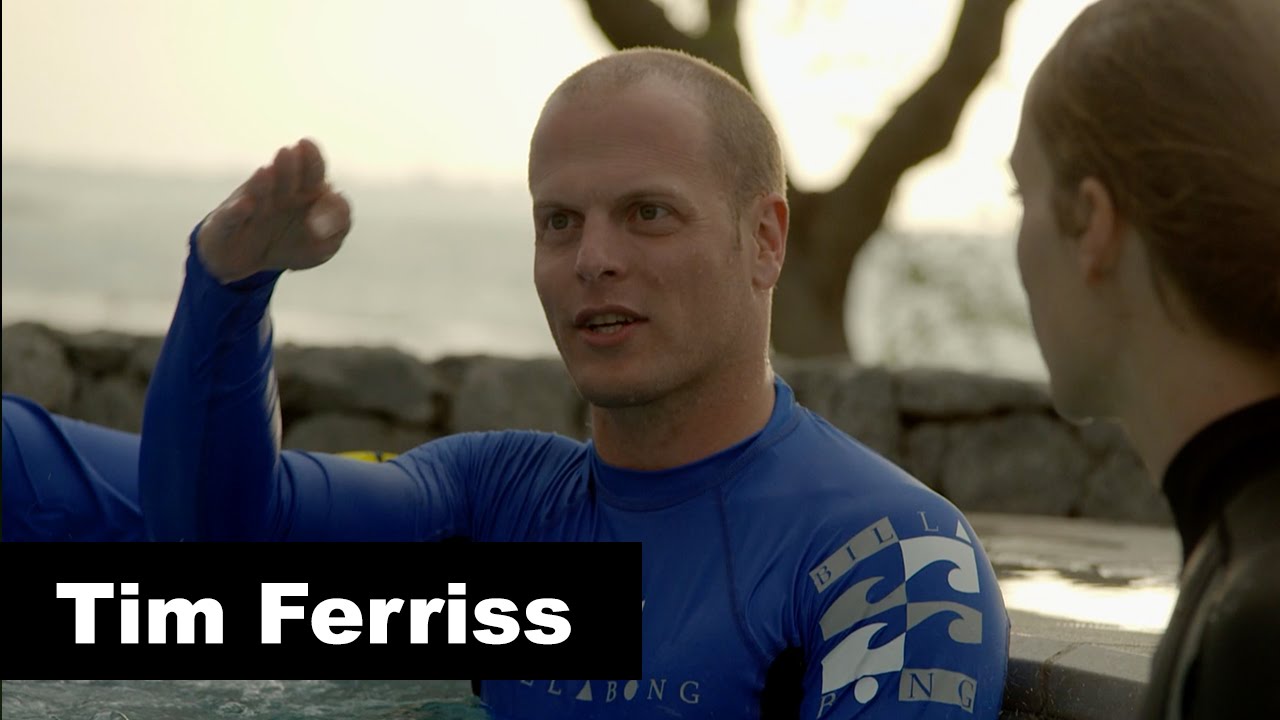 The complete course is available here for a 50% discount if you'd like to try the whole thing. And there is a no-quibble 30 day money back guarantee too - even if you've taken the entire course and downloaded all the workbooks, we will still give you a 100% refund if you don't like it! 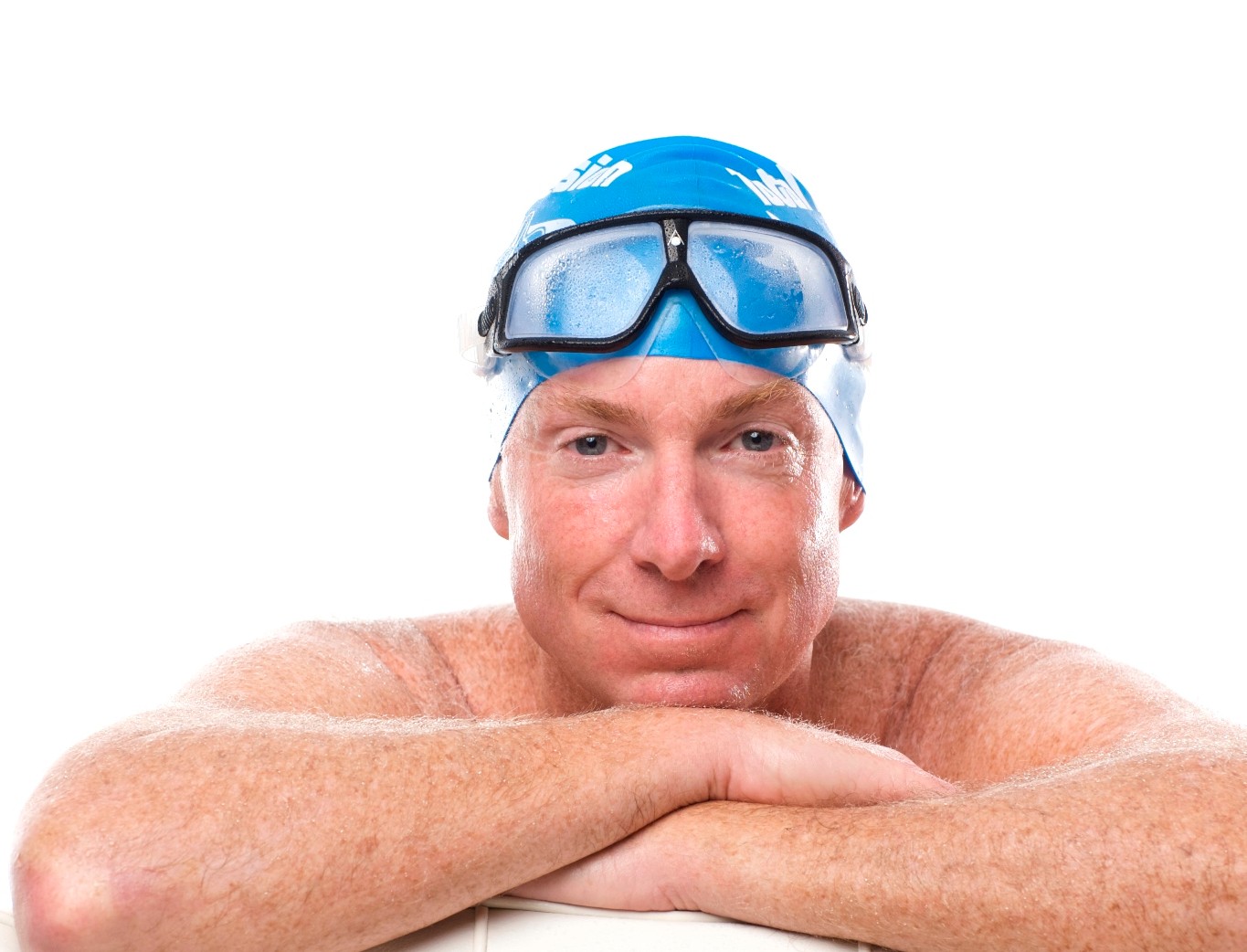 Terry tried out for the swimming team at his Catholic grammar school in 1964 and failed to make the cut.

After spending two summers at his village pool, swimming countless laps in pursuit of the Red Cross 50-Mile Swim badge, Terry joined the swim team at his high school in the fall of 1965. Though he worked hard and never missed practice, as a senior, his times still remained too slow to qualify for the New York City Catholic Schools championship. He swam in the ‘Novice’ championship, where he won his first swimming medal, which remains a valued keepsake almost 50 years later.

After swimming four years at St John’s University in New York, Terry finished his college career in 1972, feeling a keen sense of disappointment. Despite hundreds of hours of exhausting workouts, his times remained frustratingly slow. He concluded that, no matter how hard he worked, his lack of innate ‘talent’ would limit how far he could go as a swimmer.

Six months after ‘retiring’ from swimming, Terry began coaching at the U.S. Merchant Marine Academy in Kings Point on Long Island. There he realized that technique was the most significant factor in swimming success and—though he’d had no formal training in stroke mechanics—sought to do as much teaching as coaching.

In February 1973, at the Metropolitan Collegiate Championships (the same meet at which he’d felt like a failure in the pool just a year earlier) Terry’s swimmers won 9 of 16 events, breaking Metropolitan records in each by large margins. Though he was still only 21--the youngest coach in the NCAA—Terry received the honor of being named Coach of the Year.

In 1989, Terry founded Total Immersion and turned his focus from working with young, accomplished swimmers to adults with little experience or skill. Terry and a small group of pioneering coaches began to teach a ‘fishlike’ style of swimming that emphasized ‘slippery’ bodylines instead of muscling the water with arms and legs.

In 1996, Terry described this innovative way of swimming in Total Immersion: The Revolutionary Way to Swim Better, Faster, and Easier. Inside of a year, word of mouth had propelled it to become the top-selling book on swimming. Two decades later it continues to outsell all other swimming books by a wide margin.

In the summer of 2006, Terry completed the 28.5-mile Manhattan Island Marathon Swim for the second time, won National Masters Open Water championships at four distances, and broke national records in the 1-mile and 2-mile cable swims—a stunning turnaround for someone who’d worked so hard with so little to show for it in his teens and early 20s.

In 2014, at age 63, Terry continues to practice and teach swimming with a passion even greater than when he first began swimming 50 years ago and coaching over 40 years ago. Terry still begins each swim with an explicit goal to be a better swimmer when he finishes practice than at the start.

If you'd now like to take the full course, it is available for a 50% discount here.